As a stood-down pilot (due to COVID-19) who has not flown since late March, this could not be coming at a better time! I have already pre-ordered my copy, and immensely look forward to booting it up and taking something for a spin. I foresee many long hours spent in front of the monitor in the months ahead!

In contrast to previous versions, the 2020 iteration has been broken down into three editions, with the differences being the number of highly detailed aircraft with unique flight models, and the number of hand-crafted airports provided: 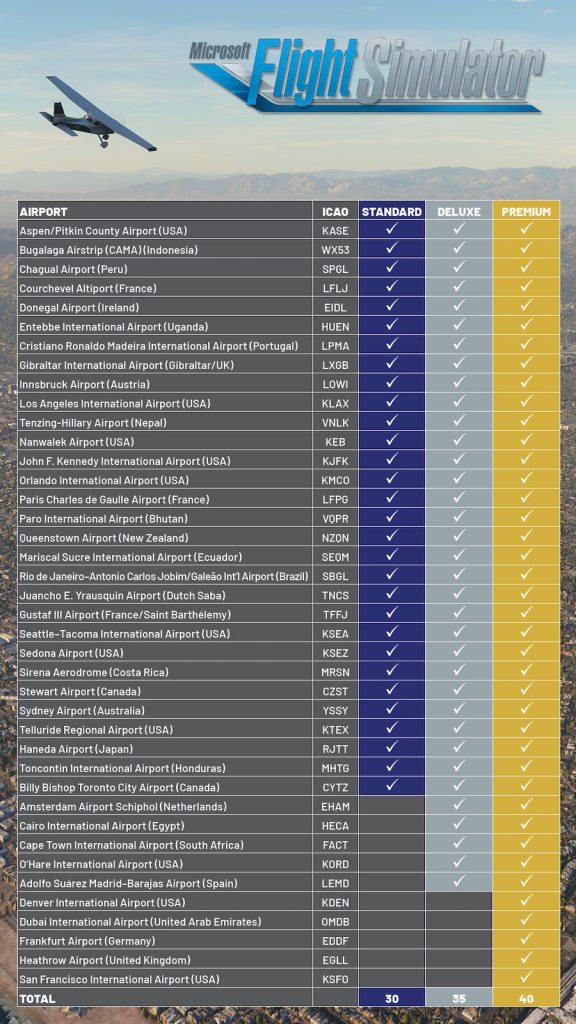 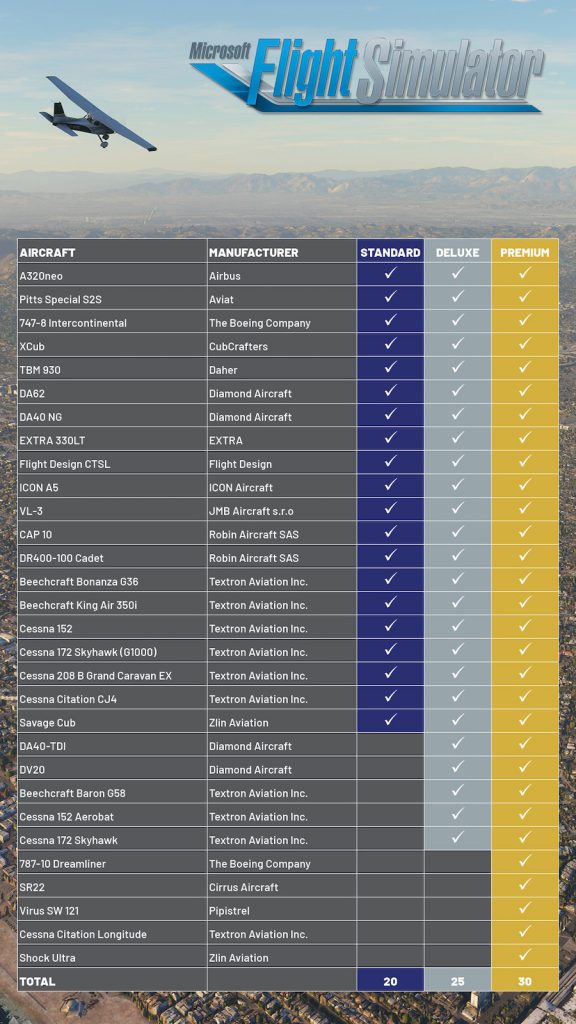 I’m particularly interested in seeing the live traffic in action (though the COVID-related traffic downturn could make things a bit sparse in areas), and whether I can get my old VFR charts out and navigate with those!

Microsoft have been helpful in releasing a handy image detailing the Minimum, Recommended, and Ideal Specs for AMD and NVIDIA systems, and it is nice to see that my current setup sits somewhere between the Recommended and Ideal Specs. 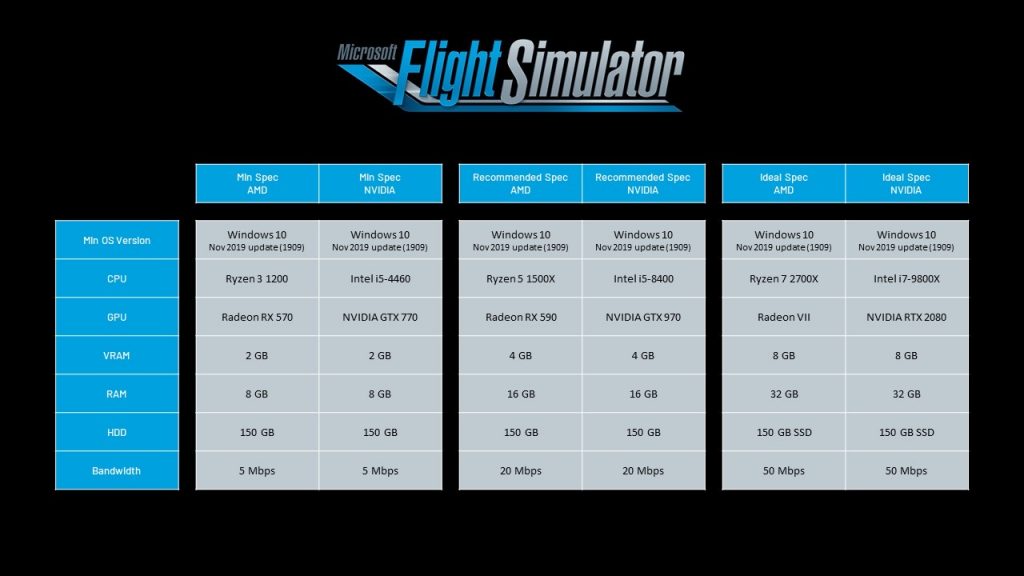 For anyone interested, ObsidianAnt on YouTube has a few videos showing off some of the graphics options:

Started flying in early 2006, and flying jets since the end of 2008. Just under 10 years on the Airbus A330, and was flying the A380 since Christmas 2018 until this virus mess. Into just about everything aviation/space related! Got my CASA RePL (Remote Pilot Licence) in October 2020, and am operating the DJI Mavic 2 Pro and Mini 2 for aerial photography around South East Queensland. (Update): Currently stood down indefinitely from flying work due to the COVID-19-related economic catastrophe. Doing some odd-jobs on the internet to keep up some cashflow, and have started work in a bottleshop. Studying iOS (Swift) development online through RMIT to get a formal credential in the field, and have started a Data Analytics online course.